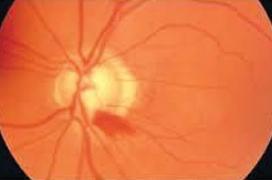 Highlights of Hypertensive and Normotensive Glaucoma

Published in Czech and Slovak Ophtalmology: 2020 - 5

The autors point out new facts that distinguish both diagnostic groups. In the first place are the results of OCT angiography, which verify the pathology of NTG to the anterior part of optic nerve.

Our findings confirmed that vascular component (VD) is more involved in changes of visual field than in perfusion parameters, especially in arteria ophtalmica (AO). Perfusion in arteria centralis retinae (ACR) does not play a significant role in NTG changes in the visual field.

VD has very little effect on changes in visual field in HTG. Similarly, the retinal nerve fiber layer (RNFL) for changes in the visual field. Howerver, VD is moderately influenced by changes in RNFL. It should be emphasized that we compared the sum of sensitivity in the central part of the visual field (0-22 degrees) with RNFL and VD. In NTG, the anterior part of the optic nerve is altered. Mainly VD contributes to visual field changes in NTG. It is also important to note that when the intraocular pressure (IOP) increased above 20 mm Hg, the macular and papillary VD was significantly reduced.

Antiglaucomatous treatment with prostaglandins and beta-blockers is essential for the reduction of IOP in HTG. This reduction shoud be bellow 20 mm Hg, in eyes with thinner cornea the decrease in IOP should be more pronounced. It does not matter which antiglaucoma treatment was used. However, it should be noted that prostaglandins have a greater effect on disease progression, but the greater protective effect on the visual field have beta-blockers. Neuroprotectives should be recommended systemically in patients with HTG.

When treating NTG, it is important to maintain blood flow of the posterior pole of the eye, but mainly of the anterior part of the optic nerve. Prostaglandins are not suitable in NTG patients, although their effect on IOL reduction is high. Beta-blockers (betaxolol and carteol) and brimonidine are most suitable. Corneal thickness has no effect on disease progression.